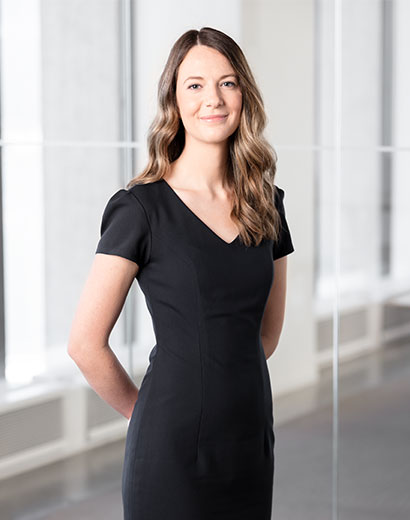 Jessica joined Whitelaw Twining as an associate in 2019. She practices primarily in the Professional Negligence Group defending lawyers and real estate agents. Jessica also maintains a general practice in insurance litigation. Prior to joining the firm, Jessica practiced at a mid sized litigation firm in Vancouver and articled at a boutique litigation firm in Toronto.

Jessica was called to the bar in Ontario before relocating to Vancouver. She has appeared on behalf of clients in the Supreme Court of British Columbia, the Ontario Superior Court, the Provincial Courts of B.C. and Ontario, as well as the Licence Appeal Tribunal and the Tax Court of Canada.

In her spare time, Jessica enjoys checking out new restaurants in her neighbourhood. She can also be found running around Stanley Park on the sea wall.