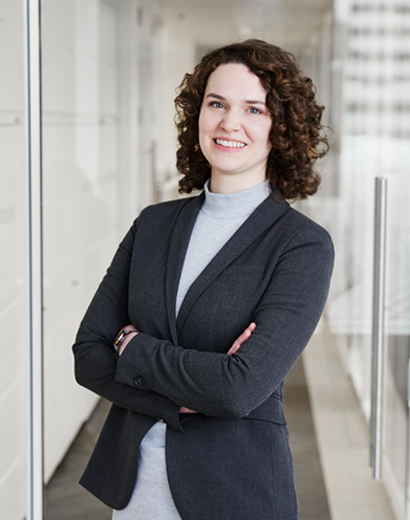 Marina joined Whitelaw Twining as an associate in 2018 and practices in general insurance litigation in Alberta and the Yukon, including on behalf of insurers in subrogation and coverage disputes. Prior to joining Whitelaw Twining, Marina articled and worked as an associate at a mid-size firm in Atlantic Canada. She has appeared before all levels of court in Nova Scotia as well as several tribunals and boards, the Provincial Court of Alberta, the Alberta Court of Queen’s Bench, and the Supreme Court of Yukon.

In her third year of law school, Marina was selected to clerk at the Supreme Court of Nova Scotia and gained a unique perspective working directly with justices of the court.

Marina takes a practical, cost-effective, and client-based approach to advocacy. Marina achieves results efficiently and understands the value of creative resolution to litigation. She is an avid supporter of alternative dispute resolution.

Marina believes strongly in giving back to her community. While in law school Marina was an active member of several societies, including serving as Editor-in-Chief of the school’s newspaper and has helped organize large fundraising events.

Called to the Nova Scotia Bar in 2018