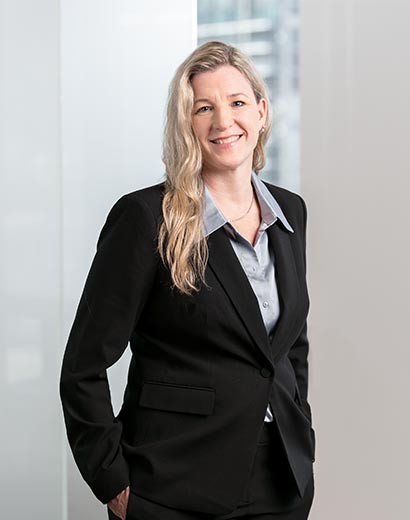 Lorena Kohlruss joined Whitelaw Twining in 2019. She has over 20 years of comprehensive experience in insurance defense litigation both as outside counsel and in-house counsel. Lorena was a Legal Practitioner for 16 years in Calgary, Alberta before moving to Nanaimo, British Columbia in 2014 where she joined a boutique firm working in insurance litigation.

Lorena has successfully represented clients at binding and non-binding mediations, judicial dispute resolutions, and out of court settlements. Lorena has trial experience at both the Supreme Court of British Columbia and Court of Appeal of British Columbia. She also has trial experience at all levels of the Alberta Courts, and has appeared at regulatory boards and tribunals.

Outside the office Lorena is actively involved with the Honorable Order of the Blue Goose International a fraternal and charitable organization for professionals working in the insurance industry in Canada and the United States. In 2011-2012 she was elected as the international President. As President, he was responsible for all decisions and actions of the executive, committees, subcommittees, and members at all levels throughout the organization. Lorena effectively managed and oversaw the compliance of organization’s constitution and by-laws and budget requirements. She continues to remain actively involved at both the local (BC and Alberta Chapters) and international levels of the organization. Lorena is currently the organization’s General Counsel (Judge Advocate) and chair of the Constitution & By-Laws Committee, Jurisprudence Committee and Convention Oversight Committee.

Lorena sits on the Board of Governors as Secretary for Aspengrove School a private school teaching the International Baccalaureate curriculum in Nanaimo. In addition to her position on the Board, she sits as the Chair of the Risk Management Committee and is a committee member of the Governance Committee for the school.

In her off time, Lorena is actively engaged with her daughter’s activities, and sits as chair for the local swim club. In addition she enjoys spending time with her family travelling and golfing.

Called to the British Columbia Bar in 2014

Member of the Law Society of Alberta (non-practising status)