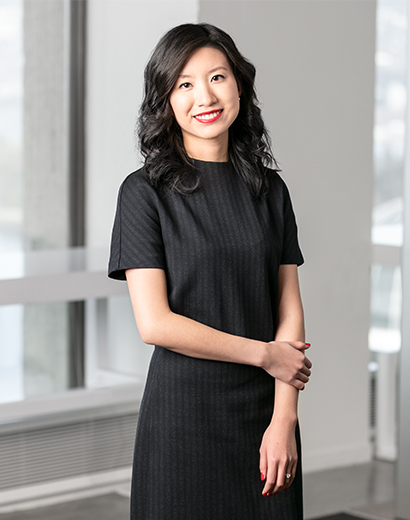 Tiffany Chan joined Whitelaw Twining as an associate in 2019, having previously worked at a litigation boutique firm in downtown Vancouver. Tiffany practices general insurance litigation, including personal injury, property damage, and subrogation.  She has appeared on behalf of clients in matters before the Provincial and Supreme Court of British Columbia.  Tiffany is known for being a tenacious advocate for her clients.  Tiffany takes time to listen to and understand her clients’ objectives in order to reach the optimal outcome.

Before becoming a lawyer, Tiffany studied political science at the University of British Columbia.  Her background in political science helps her analyze each case critically and logically.  At a young age, Tiffany also obtained her Associate Diploma (ARCT) from the Royal Conservatory of Music (RCM) in piano performance, the highest academic standing awarded by the RCM Certificate Program, demonstrating Tiffany’s continuously strong work ethic and diligence in overcoming challenges and achieving strong results.

B.A. (Arts with a major in Political Science), University of British Columbia, 2013

Member of the Federation of Asian Canadian Lawyers