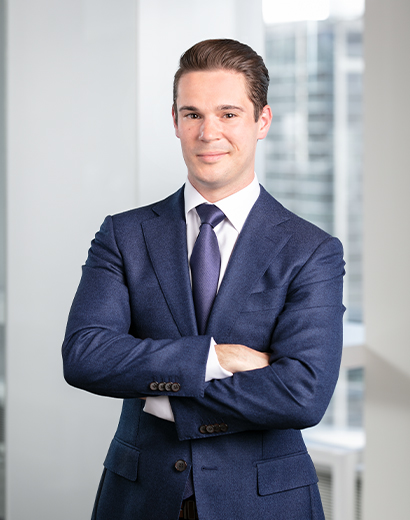 Brock joined Whitelaw Twining as an Associate in 2021, where he practices insurance litigation, primarily injury defense. Prior to joining WT, Brock practiced at a busy boutique insurance defense firm in downtown Vancouver. In this capacity, Brock gathered tremendous experience defending a variety of bodily injury and property damage claims around the province, as well as subrogation and accident benefits dispute matters.

Brock was initially called to the Bar of Ontario and Articled with one of the nation’s leading criminal defense firms in downtown Ottawa. While in Ottawa, Brock acquired significant litigation and courtroom experience, where he appeared hundreds of times before the Ontario Court of Justice and assisted with many judge alone and also jury trials. Brock has also appeared before the Ontario Superior Court of Justice, the Provincial Court of BC, and the Supreme Court of BC.

While Brock is passionate about litigation and enjoys being in a courtroom, he understands the importance of cost-effective and creative alternative solutions to resolving disputes. Brock is also skilled at effectively settling legal claims through various alternative dispute measures including negotiations and mediations.

Outside of work, Brock is interested in legal education and has facilitated and tutored an undergraduate criminology law course. Brock also enjoys running on the sea wall, skiing, road trips, and exploring new restaurants.