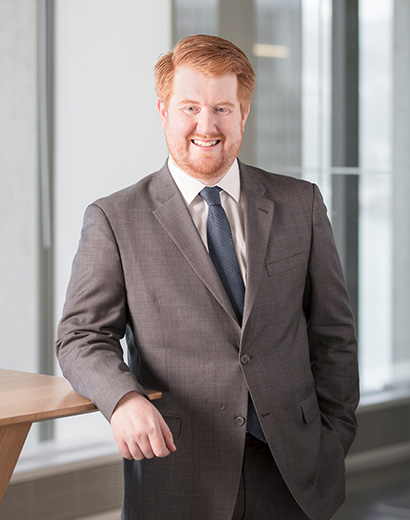 Cameron joined Whitelaw Twining as an associate in 2015 and specializes in defending clients in the areas of road maintenance, construction, sports liability and personal injury. He has defended a claim at trial before the British Columbia Provincial Court, and has numerous appearances at Chambers in British Columbia Supreme Court.

Both in and out of the courtroom, Cameron is hard working, positive, and outgoing. He has built strong relationships with his colleagues and with his local community of lawyers. He enjoys the challenge of difficult cases, and solving complex problems.

Cameron is currently on the board of the non-profit Needs of the Community Society. The organization helps underprivileged teenagers obtain driver’s licenses to increase employment opportunities and organizes camps for adults with disabilities.