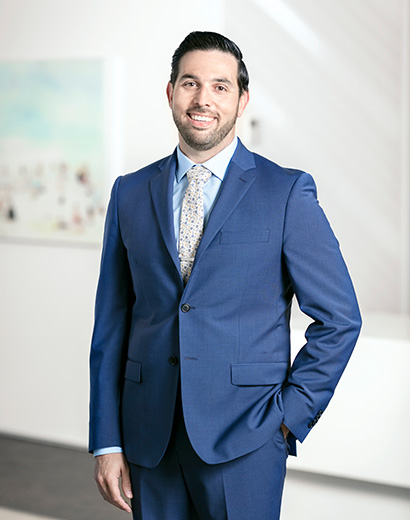 Michael Silva joined Whitelaw Twining in June 2003 and became a Partner at the Firm in 2009. He practices in the area of general litigation, with a focus on transportation matters. Mike is one of two partners in charge of our Firm’s Marine & Transportation, Road Maintenance and Subrogation practice groups.

Michael has appeared on behalf of clients in British Columbia Provincial and Supreme Courts, the British Columbia Court of Appeal, in Federal Court, and in a variety of administrative tribunals. He has effectively resolved matters involving vessel and motor carrier collisions, marina fires, cargo claims, helicopter crashes, ship and aviation repair and construction disputes, and derailments.

In addition to his litigation practice, Michael has performed a number of corporate/solicitor related tasks for his marine and trucking clients. This solicitor-based work has focused on risk management and contract drafting, and has included:

Called to the British Columbia Bar in 2003

Past Legislative Liaison of the Marine Insurance Association of British Columbia

Expanding the Scope of the Athens Convention