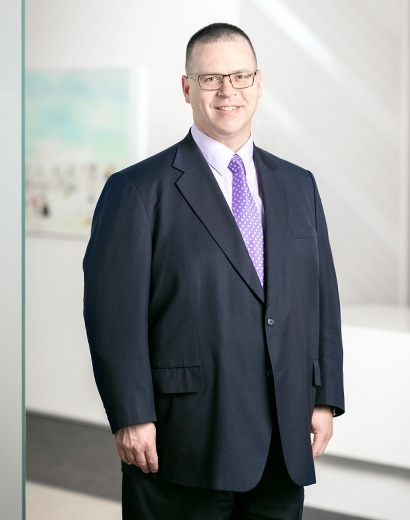 John tackles his clients’ disputes by distilling what often can be massive amounts of information into the key elements of the case, revealing a clear path to a resolution. In addition, John has written articles on many aspects of insurance coverage, subrogation and civil litigation. He frequently presents seminars for clients, professional groups, and industry groups on these topics.

Outside of work, John is an avid cyclist and participates in Gran Fondos when he can. His priority is spending quality time with his two teenage boys.

Called to the British Columbia Bar in 1995

Called to the Northwest Territories Bar in 2002

Member of the National Association of Subrogation Professionals

Member of the Defence Research Institute

Member of the Canadian Defence Lawyers

Subrogation: A Lawyers Guide to Recovery Actions in Canada, Paper presented at the Canadian Bar Association’s Canadian Legal Conference in Vancouver, BC, August 2012

Subrogation Success – What Insurers Can Do to Avoid Leaving Money on the Table, Panel speakers at the National Insurance Conference of Canada, Vancouver, BC, 2011